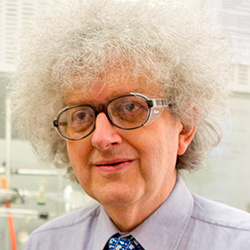 Martyn Poliakoff, University of Nottingham, UK
"Mendeleev’s Gift to Education (and to me)" 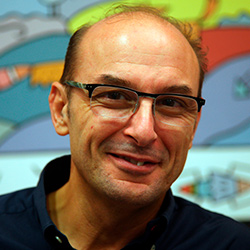 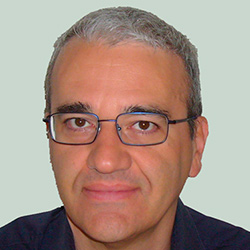 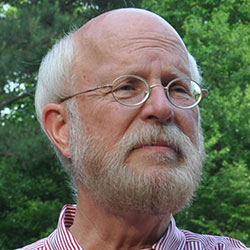 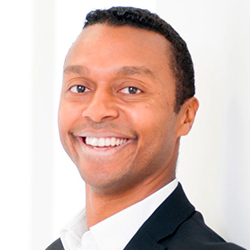 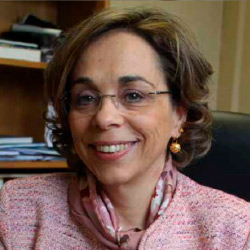 Cristina Freire, Universidade do Porto, PT
"Catalysis: the successful marriage between Carbon and other Elements in the Periodic Table" 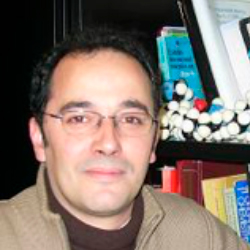 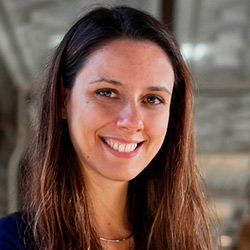 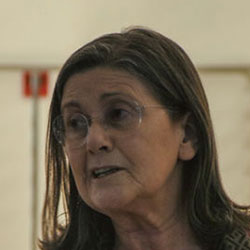 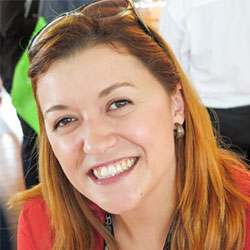 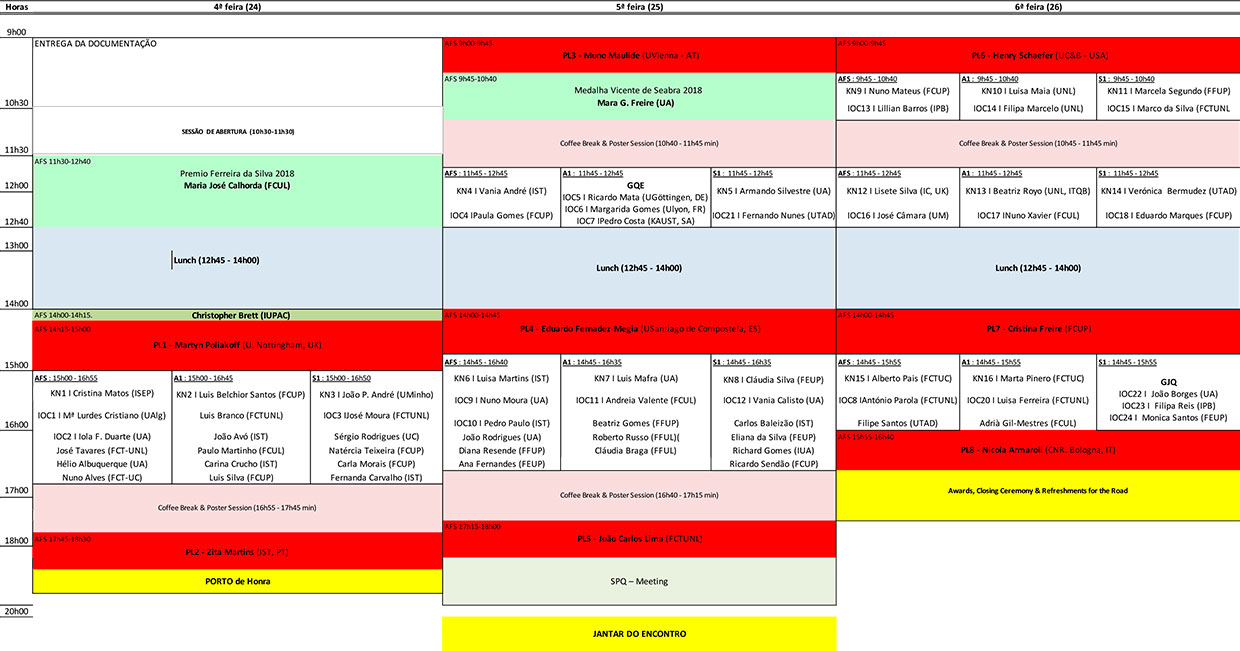 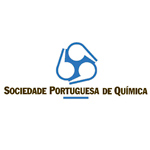 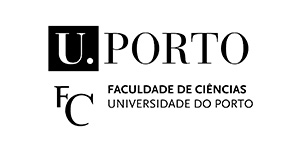 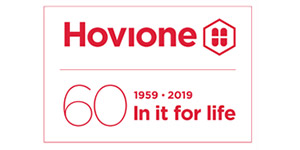 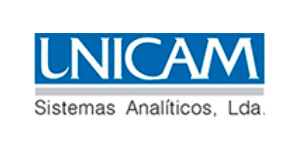 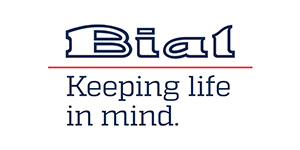 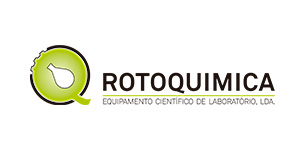 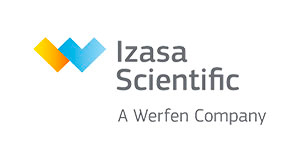 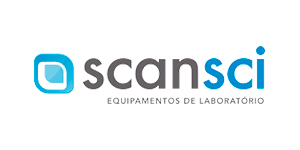 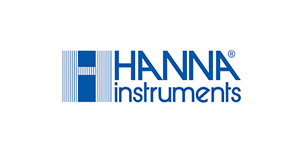 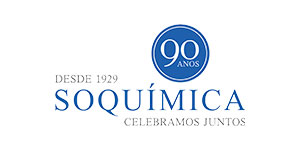 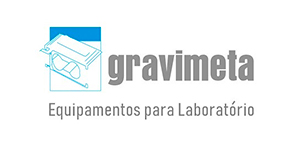 Eduardo Fernandez-Megia is Profesor Titular of Organic Chemistry at the Center for Research in Biological Chemistry and Molecular Materials (CIQUS), University of Santiago de Compostela (Spain). His research focuses on the interface between organic and polymer chemistry with emphasis on the synthesis and preparation of well-defined polymeric nanostructures (dendrimers, synthetic polymers, polysaccharides) for biomedical applications: drug delivery, diagnosis, and the study of multivalent interactions. His group also works developing NMR relaxation tools for selective suppressions in complex mixtures and the study of polymer dynamics.

Nicola Armaroli obtained a PhD in chemical sciences in 1994 at the University of Bologna. After post-docs in the US and Italy, he obtained a position at the Italian National Research Council (CNR) in 1997, where he is currently research director and head of the Photonics unit (CNR-ISOF, Bologna). His research focuses on the photochemistry and photophysics of coordination compounds, carbon nanostructures and supramolecular systems, with focus on luminescence, light harvesting, and photoinduced energy- and electron-transfer. Applications of this fundamental research concern solar energy conversion, lighting, catalysis, and remote sensing. He has published over 200 papers and 7 books. In 2017 he was awarded the Gold Metal Enzo Tiezzi of the Italian Chemical Society. He is a member of the Editorial Board of Chemistry-a European Journal and of the Executive Board of the European Chemical Society (EuChemS).

Sir Martyn Poliakoff is Professor of Chemistry in the University of Nottingham, renowned Fellow of the Royal Society (The UK’s Academy of Sciences) and of the Institution of Chemical Engineers (USA), of American Association for the Advancement of Science (AAAS), of the Royal Academy of Engineering (Australia), Honorary Fellow of the Chinese Chemical Society, Associate Fellow and Honorary Member of Ethiopian Academy of Sciences, Foreign Member of Russian Academy of Sciences and Doctor Honoris Causa from Tallinn Technical University, Estonia. He has served the society as Foreign Secretary and one of the Vice-Presidents of the Royal Society, the UK and Commonwealth Academy of Sciences, from 2011-2016. Professor Sir Martyn Poliakoff has contributed with more than 370 scientific articles in different fields of chemistry and chemical engineering, with more emphasis in multidisciplinary areas, physical chemistry, inorganic chemistry and green and sustainable science technology. He is recognized worldwide as a global leader in Green Chemistry with specific interest in the applications of supercritical fluids (SCFs). With the help of his colleagues, he made Periodic Table on-line videos (PTOV) about each of the 118 chemical elements attracting nearly 184 million views. Following his suggestion, the 150th anniversary of Mendeleev’s first publication of the Periodic Table, was declared the International Year of the Periodic Table (IYPT).

Schaefer is the author of more than 1500 scientific publications, with a large majority appearing in the Journal of Chemical Physics, Journal of the American Chemical Society or the Journal of Physical Chemistry. A total of 300 scientists from 35 countries gathered in Gyeongju, Korea for a six-day conference in February, 2004 with the title "Theory and Applications of Computational Chemistry: A Celebration of 1000 Papers of Professor Henry F. Schaefer III." In May 2010, the University of California at Berkeley hosted a large international conference in Professor Schaefer’s honor, the title of the conference being "Molecular Quantum Mechanics: From Methylene to DNA and Beyond." Simultaneous with the Berkeley conference was published the book Selected Papers of Henry F. Schaefer III, Edited by R. J. Bartlett, T. D. Crawford, M. Head-Gordon, and C. D. Sherrill. In May 2014 the Peking University Graduate School sponsored a large conference in honor of Professor Schaefer in Shenzhen, China. A symposium in Professor Schaefer’s honor is planned for December 2020 at the International Chemical Congress of Pacific Basin Societies (PACIFICHEM) in Honolulu, Hawaii.

Dr. Schaefer has been invited to present plenary lectures at more than 290 national or international scientific conferences. He has delivered endowed or named lectures or lecture series at more than 60 major universities, including the Kenneth S. Pitzer Memorial Lecture at Berkeley, the Israel Pollak Distinguished Lectures at the Technion - Israel Institute of Technology, Haifa, the C. V. Raman Memorial Lecture in Calcutta, India, the Per-Olov Lowdin Lectures at the University of Uppsala, Sweden, and the Jan Almlöf/Odd Gropen Lectures in Norway. He is the recipient of 31 honorary degrees. He was the longest serving Editor-in-Chief of the London-based journal Molecular Physics (1995-2005). He is currently Associate Editor for the journal Physical Chemistry Chemical Physics. He was also the longest serving President of the World Association of Theoretical and Computational Chemists, from 1996 to 2005. His service to the chemical community includes the chairmanship of the American Chemical Society’s Subdivision of Theoretical Chemistry (1982) and Division of Physical Chemistry (1992). At the 228th National Meeting of the American Chemical Society (Philadelphia, August, 2004) the Division of Computers in Chemistry and the Division of Physical Chemistry co-sponsored a four-day “Symposium in Honor of Henry F. Schaefer’s 60th Birthday.” The book Theory and Applications of Computational Chemistry: The First Forty Years (1308 pages, Elsevier) was published in 2005 in honor of Professor Schaefer.

Professor Schaefer’s major awards include the American Chemical Society Award in Pure Chemistry (1979, “for the development of computational quantum chemistry into a reliable quantitative field of chemistry and for prolific exemplary calculations of broad chemical interest”); the American Chemical Society Leo Hendrik Baekeland Award (1983, “for his contributions to computational quantum chemistry and for outstanding applications of this technique to a wide range of chemical problems”); the Schrödinger Medal (1990); the Centenary Medal of the Royal Society of Chemistry (London, 1992, as “the first theoretical chemist successfully to challenge the accepted conclusions of a distinguished experimental group for a polyatomic molecule, namely methylene”); the American Chemical Society Award in Theoretical Chemistry (2003, “for his development of novel and powerful computational methods of electronic structure theory, and their innovative use to solve a host of important chemical problems”). In 2003 he also received the annual American Chemical Society Ira Remsen Award, named after the first chemistry research professor in North America. The Remsen Award citation reads “For work that resulted in more than one hundred distinct, critical theoretical predictions that were subsequently confirmed by experiment and for work that provided a watershed in the field of quantum chemistry, not by reproducing experiment, but using state-of-the-art theory to make new chemical discoveries and, when necessary, to challenge experiment.”

The Journal of Physical Chemistry published a special issue in honor of Dr. Schaefer on April 15, 2004. In 2009 and 2010, the journal Molecular Physics published seven separate issues in honor of Professor Schaefer. He was elected a Fellow of the American Academy of Arts and Sciences in 2004. He was the recipient of the prestigious Joseph O. Hirschfelder Prize of the University of Wisconsin for the academic year 2005-2006. He became a Fellow of the Royal Society of Chemistry (London) in 2005. He was among the inaugural class of Fellows of the American Chemical Society, chosen in 2009. He earlier became a Fellow of the Alfred P. Sloan Foundation, John S. Guggenheim Foundation, American Physical Society, and American Association for the Advancement of Science. In April 2011 he received the Ide P. Trotter Prize of Texas A&M University. Recent recipients of this prestigious award have included Nobelists Charles Townes, William Phillips, Francis Crick, Steven Weinberg, and Roald Hoffmann. In 2012 he received the Alexander von Humboldt Award. In March 2012 Professor Schaefer received the $20K SURA Distinguished Scientist Award, given to the outstanding scientist in any field in the southern USA, from Missouri to Texas to Florida to Virginia. In April 2013, at the Chemical Heritage Foundation in Philadelphia, Dr. Schaefer received the Chemical Pioneer Award of the American Institute of Chemists. In January 2014 he was named by The Best Schools as one of “The 50 Most Influential Scientists in the World Today.” In March 2014 he received the American Chemical Society Peter Debye Award in Physical Chemistry. In February 2016 he was elected an Honorary Fellow of the Chemical Research Society of India.

For 30 years Professor Schaefer has been one of the most highly cited scientists in the world. The Science Citation Index reports that his research had been cited more than 68,000 times. Professor Schaefer’s Thomson-Reuters H-index is currently 118. He has published 150 Citation Classic Papers. His research involves the use of state-of-the-art computational hardware and theoretical methods to solve important problems in molecular quantum mechanics.

João Carlos Lima obtained his PhD in Physical Chemistry in 1996, at the Instituto Superior Técnico (IST). After a postdoc at the Institute of Chemical and Biological Technology (ITQB) he obtained a position at the Department of Chemistry in the School of Science and Technology of NOVA University of Lisbon in 2000. He is presently Associated Professor and coordinates the Cultural Heritage and Responsive Materials (CHARM) group at Green Chemisty Associated Laboratory (LAQV@REQUIMTE). His research focus on photochemistry and photophysics with emphasis on luminescent molecular sensors and photochemical responsive systems.

Nuno Maulide was born in Lisbon in 1979. After graduating in chemistry from the Instituto Superior Tecnico in 2003, he completed an M.Sc. at the Ecole Polytechnique in 2004 (Summa cum Laude, ranking 1st out of 22 students) and received his Ph.D. from the Universite catholique de Louvain in 2007.He subsequently moved to Stanford University under Barry M. Trost for postdoctoral studies before returning to Europe to take an endowed position as Max-Planck Research Group Leader at the Max-Planck-Institut fur Kohlenforschung in early 2009, where he also received a prestigious European Research Council (ERC) Starting Grant (2011). Since October 2013 he is Full Professor and Chair of Organic Synthesis at the University of Vienna. His research interests span diverse areas within organic chemistry, focusing on unconventional reaction mechanisms and intermediates. He has received among others the Bayer Early Excellence in Science Award (2012), the ADUC prize of the German Chemical Society (2012), the inaugural EurJOC Young Researcher Award (2015), the Elisabeth Lutz Prize of the Austrian Academy of Sciences (2016), the Prize of the City of Vienna (2017) and the Lieben Prize (2018).

In 2019 he was elected “Scientist of the Year” by the Associated Press Austria.

Cristina Freire is Full Professor at the Faculty of Sciences, University of Porto, Portugal (PhD in Chemistry 1991 and Habilitation in Chemistry in 2005, UP).
Since 7th April 2016, she is the Head of the Department of Chemistry and Biochemistry, Faculty of Sciences, University of Porto. She is also the President of Coordination Council of the Materials Centre of the University of Porto (CEMUP) since 2017.
She is a Researcher at Laboratório Associado para a Química Verde at REQUIMTE (LAQV@REQUIMTE) in which she is the scientific coordinator of Thematic Line FUNCTIONAL MATERIALS. Her own research group Catalysis & Functional and Smart (nano)Materials is integrated in the Research Group - Materials for Sustainability and Wellbeing. Her research area is Chemistry of Materials: preparation, functionalization and characterization of (nano)materials and nanostructured films for photo/(electro)catalysis, energy-related applications, photo/electrochromic devices, biomass valorization, chemical sensors and functional textiles. She has published 230 papers (h index 40). She supervised/es 25 post-doctoral researchers, 30 PhD students and more than 40 MsC students. She was/is the coordinator/team member of national/international projects and projects with Portuguese industry companies. She also participated in national/international evaluation panels.
She is the co-founder of INNOVCAT Ltd, a technology-based start-up (March 2015) with U.Porto Spin-Off seal, that aims to carry out research & development, production and commercialization of solid catalysts and innovative functional materials for industrial applications in several areas (www.innovcat.pt).